"Lovico Winery, founded in 1909, one of the oldest in the country, is Bulgaria's showpiece winery and has been displaying a remarkable dynamism over recent years ... and each year has seen the creation of new top-class wines..." /From the book WINE by André Dominé/


Since its very foundation back in the year 1909, Lovico Winery has become one of the main driving forces of the Bulgarian winemaking industry and has stayed at its forefront to-date. Due to the winery's quality wines and professionalism in marketing a breakthrough has been made for Bulgarian high-quality wines on the international markets worldwide. Being one of Bulgaria's leading wine exporters, with export history since 1914, more than 40 countries on 5 continents are among the company's export destinations.

Lovico Winery specializes in the production of wines from Cabernet Sauvignon, Merlot, Chardonnay, Mavrud, Syrah, Cabernet Franc, Muscat, Sauvignon Blanc, as well as the local Gamza - an emblematic indigenous grape variety in the region. The winery owns approximately 300 hectares of vineyards and buys additional quantities of grapes from a number of traditional grape-growers in the region.

Working on specific projects in the course of the last several years, Lovico Winery manages to revive the old Suhindol tradition of producing high-quality boutique wines, combining classical methods of vinification with modern innovative techniques. In its long history the winery wins hundreds of prestigious awards and recognition at many international wine forums and contests. Even after more than 100 years of winemaking experience, the company's objective remains unchanged - to create wines of superb quality while preserving the unique and complex character of the Bulgarian wines and pass these traditions down to the generations to come.

The region around Suhindol has kept historical documents, artefacts and proofs of viticulture practices and winemaking since ancient times.

Lovico Suhindol Winery is a direct successor to the oldest vine-growing and winemaking cooperative on the Balkans. Back in 1909 the founder Marko Vachkov brings together the local vine-growers, winemakers and their families. The objective is to build a wine cellar and focus on commercial production of wine, applying the most advanced winemaking techniques of that time. By its partnership nature, professionally run cellars and experimental viticulture, the winery is the first of its kind in Bulgaria and on the Balkans. Marko Vachkov possesses serious knowledge and expertise in viticulture and oenology, as well as engineering skills, acquired in Bulgaria and France. Under his management the cooperative grows up further to become the leading Bulgarian wine producer in the 1920s, 1930s and 1940s. In 1952 the company’s assets, wine cellars and vineyards are nationalized. In the following few decades large investments in technological renovation, market research and new vineyards are made. In 1991-1992 the winery is privatized and continues its business and development as a private and independent company.

Today the winery is a leading name in Bulgaria's wine producing industry. The implementation of modern vinification methods, combined with the tradition and experience of more than 100 years of business practice, facilitates the production of quality wines with truly unique character.

Driven by the constant ambition to create excellent wines, the winery's team combines properly the soil characteristics with the specific regional microclimate in order to cultivate some of the best grapes in Bulgaria.

Lovico Winery manages about 300 ha of own vineyards in the region of Suhindol, located in the southern part of the Danubian Plain, to the north of Stara Planina Mountain Range. The terrain is of plain–hilly–platform type with slightly elevated poly facial surface. The vine massifs occupy slope sectors of southern, south-eastern and eastern expositions, with inclination of 2 to 6 degrees and altitude between 230 and 350 metres above sea level.

The geological foundation of the territory is of lower cretaceous and clayish mergels. The soil-forming components are carbonates, sandy loam and clay deposits. The soil cover consists of strongly and slightly leached black earth - mildly eroded and slightly clayish.

The soil and air temperature characteristics are among the leading advantages of Suhindol with respect to viticulture. In terms of climate conditions the region falls within the European continental climate area on Bulgarian territory, and more specificaly in the Danubian Hilly Plain Climate Area. The warmest months are July and August, the lowest temperatures are in January.

The most substantial rainfalls are between end of spring (May) and early summer (June-July). The total annual rainfall volume of 600-650 mm/m² is extremely favourable for viticulture. From agroclimatic point of view the vineyards fall within the moderately hot temperature subrange (from 3700°C to 4100°C annually) with a dry period. The temperature sum for the period with temperatures above 10°C is 3775°C in total.

It is the belief that that what happens in the vineyards is the key to the creation of fine wine. Therefore Lovico Winery manages solely all of its 300 hectares of vineyards in the vicinity of Suhindol. The main part of them is in Alchaka and Star Dimcha areas - areas with perfect climate and soil characteristics for vine-growing. The vines are of different age - from ones just reaching their fruit-bearing stage to 30 plus year-old ones. It is an interesting fact that the total length of all rows of vine in the vineyards equals to the road distance between Suhindol and Venice, Italy.

The main grape varieties cultivated are the indigenous Gamza, as well as the traditional Merlot, Cabernet Sauvignon, Chardonnay, Sauvignon Blanc and Muscat. In the course of implementation of company's internal programme for viticultural development, new vine masiffs of French grape varieties such as Petit Verdot and Malbec, are to planted. Lovico Winery is also taking steps to increase and renovate its masiffs of the local Gamza.

The different concepts for viticultural development are shown through the different constructions of the vine massifs. Wide and narrow-trimmed cordons, Umbrella and Cordon de Royat types of canopy construction may be seen in the vineyards.

Lovico Winery possesses its own fleet of modern viticultural machines and equipment for proper melioration and maintenance of the vineyards. 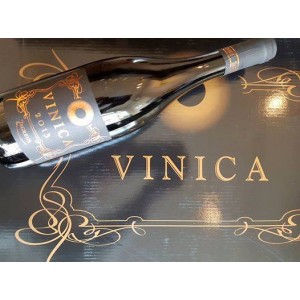 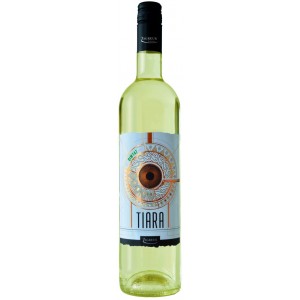