Zagreus Winery is located in the Thracian Valley in Southern Bulgaria, near Plovdiv and Asenovgrad. The very first cultivation started in 1998. Growing gradually, today Zagreus Winery has approximately 130ha of vineyards. All the vineyards are situated within a radius of 2 km around the winery, owned by the Kostadinov family. The cultivated varieties are Mavrud (50%), Cabernet Sauvignon (20%), Syrah (20%) and Merlot (10%).
Zagreus - the Thracian Dionysus - means son of the earth and the sky. The legend retells that Zeus disguised as a snake coupled with Persephone. Zagreus was born from this union and later torn to pieces and eaten by the titans. Zeus then blasted the Titans to ashes with his thunderbolt, and from the ashes came mankind.

Zagreus Winery was built in 2004, in the same year of the first harvest. The winery is an ultra modern building with a fully integrated cycle of production. For the wine production Zagreus only uses grapes from its own vineyards in order to perform maximum quality control. As of today the total capacity is 1,000,000 bottles

The average annual temperature of the place where Zagreus winery is located is 12.3°C, the average rainfall is 550 mm, and the sunshine in the growing season is 2400 hours. The soil's colour range from dark cinnamon red to light red. The climate is transcontinental with a warm winter and a hot summer.

As of 2010 Zagreus Winery produces organic production, according to the directives of the European Union, with no use of any herbicides or pesticides in the vineyards. The winery is very proud of its fully integrated cycle of production. The whole process from the vines to the bottle is at one place and in "one hand", which guarantees full quality control. 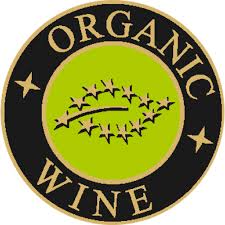